My name is Laura, and I live in Iowa. Have you ever been to Iowa? If not, let me paint a picture: the sky is blue and there are miles and miles and miles (and miles) of fields of corn and soy. It is pretty, really. To get the greens in the spring and golds at harvest you would need every crayola in the box.


Most of these fields are planted with seeds that were genetically engineered ("GMO") to survive an onslaught of herbicides. The pharmaceutical ag companies push the system of GMO seeds and extra herbicides as "earth friendly" because no tilling is required, so the use of glyphosate, commonly known as Roundup, has skyrocketed. For hold-outs, non-GMO seeds are getting scarce, and few elevators will buy organic grain. Farmers who try to plant different crops are not rewarded with the same government subsidies and can have a hard time finding a buyer. GMO corn, soy and even canola are the way to go if a family farm is to survive.

The pretty midwestern skies have crop-dusters dropping glyphosate and other chemicals. Some farmers prefer to use these huge sprayers that look like monster trucks with wings. The crops themselves will absorb some of the chemicals; some will blow in the air, some will stay in the soil and some will leach into the water table. While the commercials and seed sellers tell us it is harmless, there are scientific studies that suggest that cancer, birth defects, and infertility can be connected to the exposure of glyphosate and other pesticides. Here in the midwest, it is in the air we breathe and the water we drink more and more every year.

Another popular genetically modified trait is called Bt toxin. Borrowed from bacteria, it kills insects from the inside out. Corn producing its own Bt toxin is all over. Unlike treating the plant with bacteria or dusting it with artificial chemicals, this toxin does not wash off. It is inside the plant. Traces are found in the foods we eat and no one has to tell you.

Our sons are two and four. To limit exposure to glyphosate, Bt toxin and other pesticides, I try to avoid feeding them genetically modified food. It is bad enough that it is in the wind and water, so why eat it on purpose, too? The United States does not require labelling of genetically modified foods. Finding foods labelled "non-GMO" or "organic" is a challenge in the rural midwest due to politics.

This is why I am writing to you, Californians.

During the upcoming election, you will have the opportunity to speak for my family if you so choose. Iowa does not have a mechanism for residents to request a state law without going through the politicians who are bought and paid for by the pharmaceutical ag companies. The people of California, on the other hand, have the right to a ballot initiative. A dedicated group of folks worked hard to give you an opportunity to vote on a law requiring the labelling of GMO foods in your state. It is called Proposition 37, or Prop 37 for short.

If California passes a law requiring the labelling of genetically modified ingredients, it will affect the entire country. It is unlikely that manufacturers would make separate packages for your state, so we would benefit, too. If consumers choose products without GMOs, demand for non-GMO crops will rise. Fewer fields of glyphosate-tolerant crops will lead to less glyphosate in the air, water and soil throughout the midwest. It could change everything.

Please consider my family's health as well as your own, and support Prop 37.

[Share this all you like! I shared it with Monday Mania,  Fat Tuesday and the Weekend Whatever.]
www.stealthymom.com 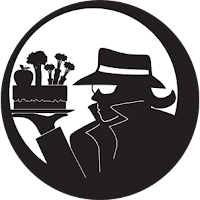